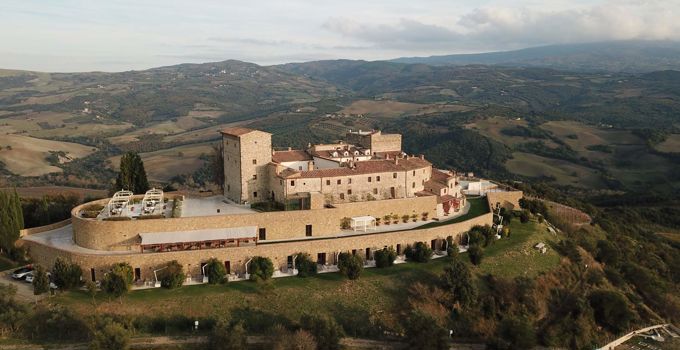 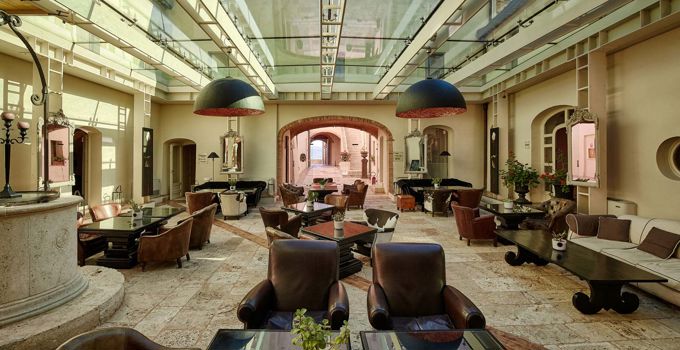 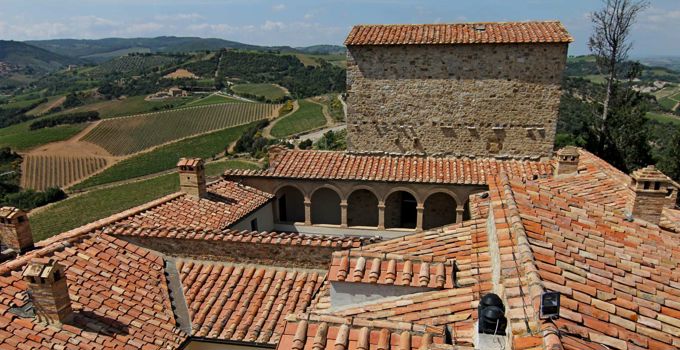 A thousand years of history in a unicum of art, nature, beauty, taste and style.

Located above a promontory, it enjoys a 360 degree view of its ancient olive groves and vineyards, the Velona Castle was built as a medieval fortress in the 11th century.

The Watchtower remains intact from the 12th century, a reminder of the old rivalry between Siena and Florence. The rear part of the Castle is from the late medieval period.

In the Renaissance, a period which gave us the Main Loggia, the Castle was turned into a residential villa; “Velona” is represented in frescoed maps in the Vatican by the famous cosmographer, geographer and mathematician from Perugia Ignazio Danti.

Darkness fell over the Castle for many centuries, until 1997, when it was resurrected from the ruins and turned into a luxury relais, thanks to restructuring work that retained the original structure of the residence. The company Podere Castello 1997 srl, which purchased the property in 2003, undertook renovation and extension works, supervised by Ing. Fabiani, the result being the modern-day Castello di Velona Resort. 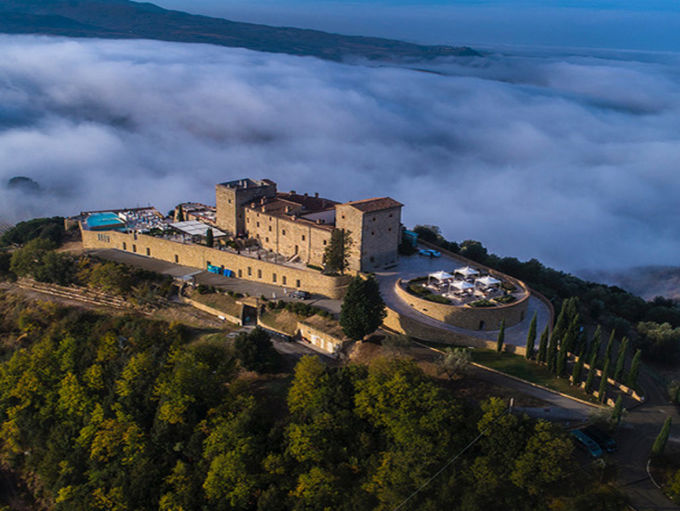 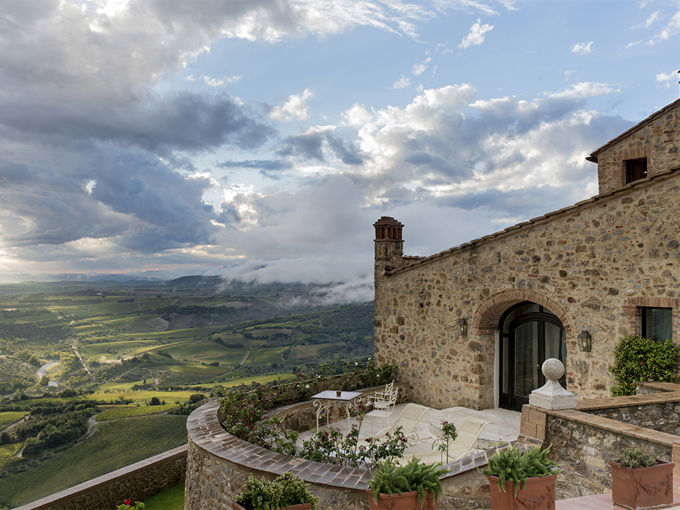 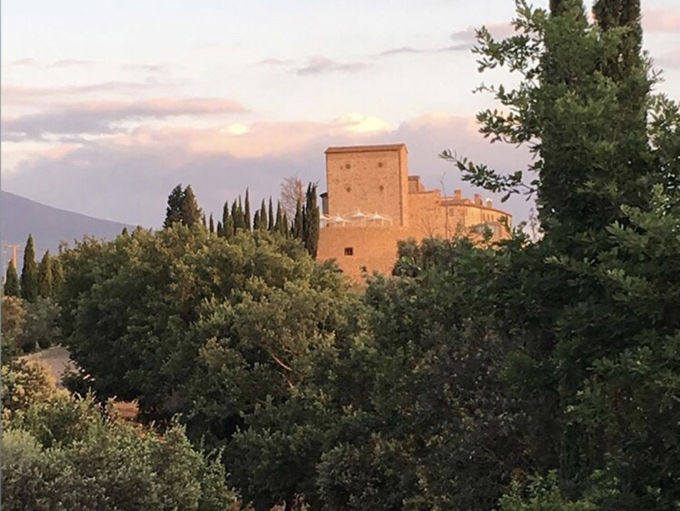 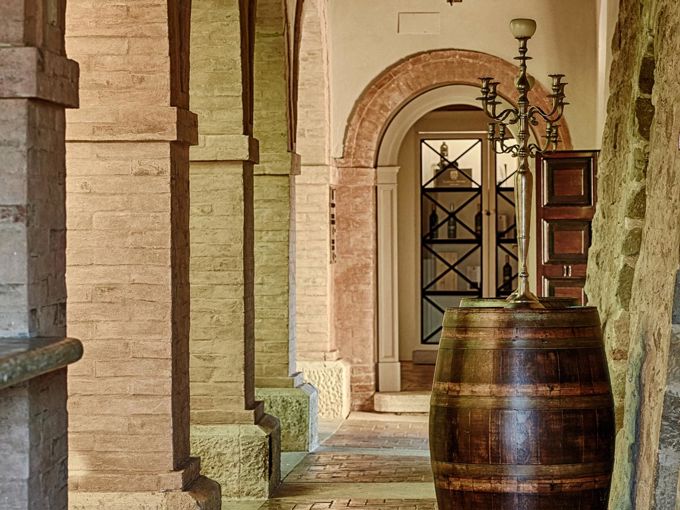 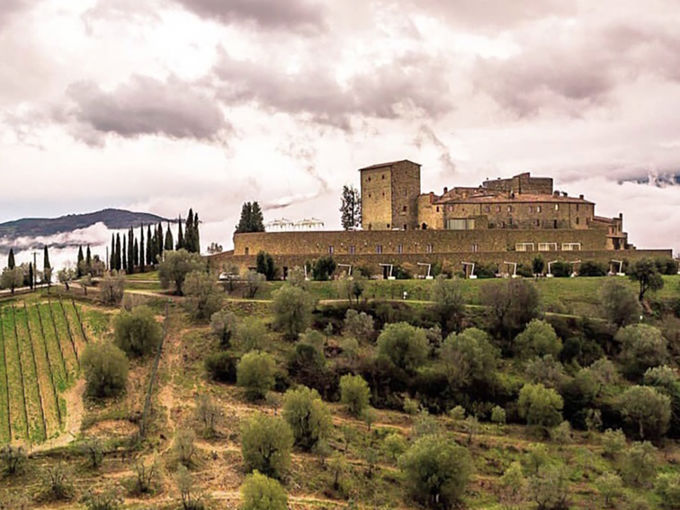